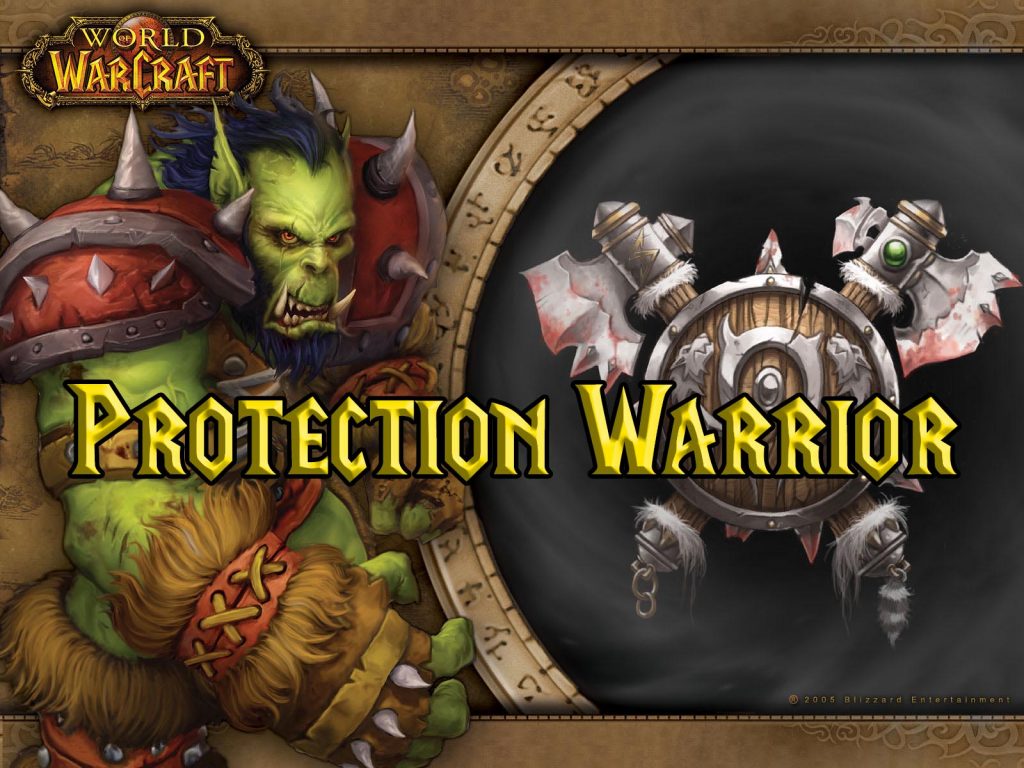 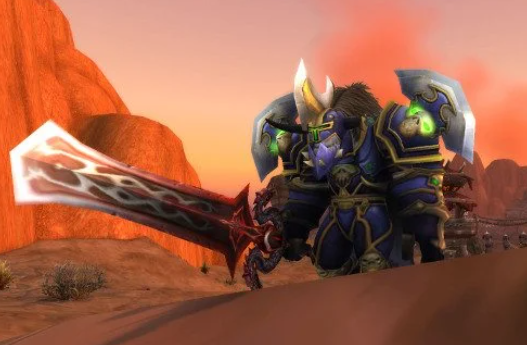 Warrior is one of the best classes on World of Warcraft Classic if you have the right gear and support to play with as a Melee DPS or Tank. During raids, you’ll see that there are at most 20 Warriors present, and that is because they’re the only ones who can take the fullest advantage of every faction’s unique buffs. Being a Warrior of the Horde faction, the best option is to abuse Windfury Totem to gain extra attack and range for threat boost, and if you belong to the Alliance faction, the best option is to use Blessing of Kings to make things easier by gaining extra agility and stamina. Considering everything, Warriors are the best-chosen class for both; PVP and PVE.

Pros: There are no other classes that can be compared to the Warrior class because, with the right armoury and weapon, they are the ones who perform the best during raids. They aren’t just good in PVE (raids), but also PVP, and with reliable support from a team, there’s no one who can stop this class from moving forward. Apart from Warriors; Druids and Paladins also have tank specs. However, the Warriors are the only ones who are best suited and considered as the true tank class in WoW Classic.

Cons: In any case, if Warriors don’t have a good source to obtain weapons and armoury or are behind the other in-game players in terms of it, then the potential of a true Warrior cannot be seen. Warriors aren’t an independent class and they can easily get kited during PVP 1v1 battles, since they have minimal access to crowd controlling abilities, and require support from healers or other team members due to low sustainability. Speaking of sustainability, it also affects their levelling up process, because they have to often eat to keep their HP at full. Thus, making it hard for players to increase the levels of their Warrior class character. 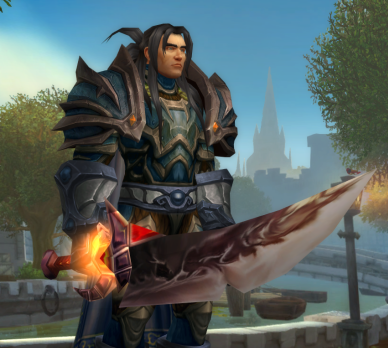 Dwarves are also one of the best races for warriors, and their racial mostly helps with Rogue classes in PVP. The ability Stoneform allows you to remove the poisonous effects that have been cast upon you, and likewise allows Dwarves to break out from the Blind spell. Stoneform also works well against Warrior Bleeds and Undead Priest’s Devouring Plague. In terms of PVE raids, they don’t have many benefits, other than Stoneform being used to de-buff various effects, and to gain 10% armour durability. The racial bonuses provided in the Dwarf Warrior race are; Find Treasure, Frost Resistance, Gun Specialization, and Stoneform.

Night Elves don’t provide many benefits for a Warrior, because their abilities; Shadowmeld and Quickness aren’t much effective during PVE or PVP battles. The only minor benefit would be that they start with the highest agility as compared to the other races. The racial bonuses provided in the Night Elf Warrior race are; Nature Resistance, Wisp Spirit, Quickness, and Shadowmeld. 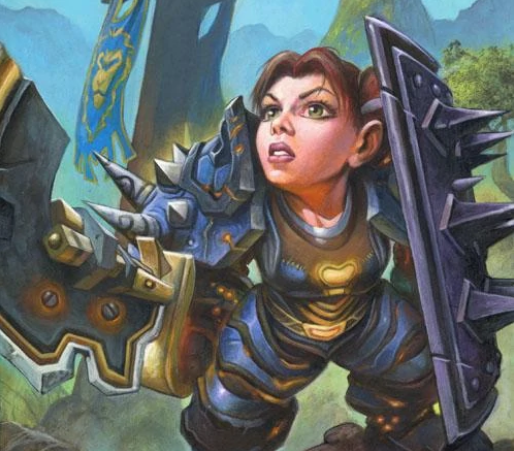 Gnome Warrior race is best known for PVP and the easiest way to control this race is by using immobilizing effects, such as Entangling Roots, Frost Nova, Improved Hamstring, or Improved Wing Clip. As warriors aren’t able to deal much damage outside the melee range, it is quite useful to use crowd control effects and free yourself during PVP battles. In terms of PVE raids, this race has zero benefits. The racial bonuses provided in the Gnome Warrior race are; Arcane Resistance, Expansive Mind, Engineering Specialization, and Escape Artist. 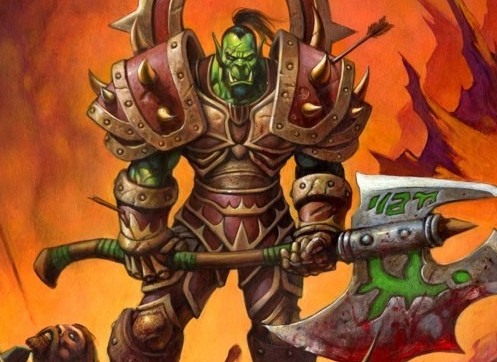 Orc Warriors are known as the best PVP Horde races in-game due to their ability to use Hardiness, which is quite powerful, and Blizzard themselves had to nerf it around three times. However, its true power is going to unleash again very soon. Hardiness plays the role of increasing stun resistance chances, and in terms of Orcs, they are given 30% resistance against any incoming stuns. From Tidal Charm to Iron Grenade to Kidney Shots; all can be easily resisted through this ability. In terms of PVE, Orcs are a pretty good choice because of Blood Fury and Axe Specialization. The racial bonuses provided in the Orc Warrior race are; Axe Specialization, Blood Fury, Command, and Hardiness.

The undead race is also a best-suited choice for Horde faction warriors because of the Will of the Forsaken ability, which positions you quite well against the Warlocks. In terms of PVE, the same ability can be used to handle the fear mechanics of the raid bosses, such as Onyxia and Nefarian. I mean even though this class is quite cool, it’s not much recommended as the gameplay doesn’t suit well as the undead. The racial bonuses provided in the Undead Warrior race are; Cannibalize, Shadow Resistance, Underwater Breathing, and Will of the Forsaken.

Tauren race didn’t have many benefits until Blizzard updated them and increased their hitbox, as well as their melee attacks. This kind of made them a good choice to pick during PVP, and with the help of the ability War Stomp, you can do some serious damage. In terms of PVE, they don’t have any benefits, apart from the Endurance ability that makes them slightly more durable during the battles. The racial bonuses provided in the Tauren Warrior race are; Cultivation, Endurance, Nature Resistance, and War Stomp. 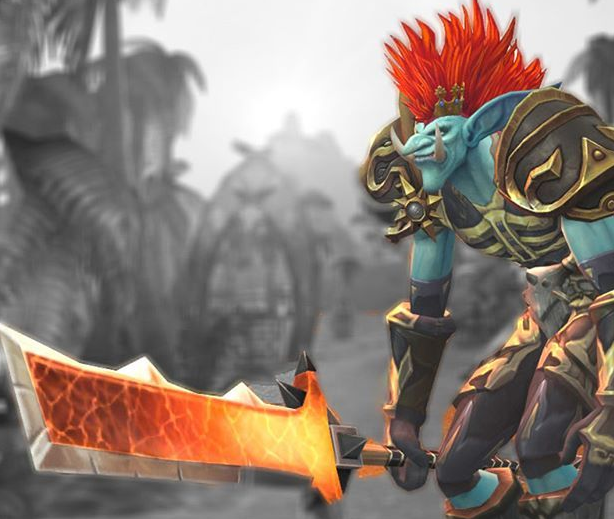 Well, Trolls aren’t really good for PVP, so let’s move onto how they are in PVE battles. They get two extra heroic strikes during their opening rotation from the racial Berserking, making the best primary tank race. Aside from that, they’re also known as the best levelling races, because they hold the abilities; Regeneration and Beast Slaying. So, if you like tanking and you’re not much of a person who prefers neutral races, then this is the best option for you. The racial bonuses provided in the Troll Warrior race are; Beast Slaying, Berserking, Bow Specialization, Regeneration, and Throwing Specialization.

Without a doubt, the answer is Engineering, because it’s an absolute need to have this profession to reach an extra mile in PVP or PVE. For PVE, the best option would be to go for Gnomish Engineering, as it allows you to craft Gnomish Battle Chicken. This bind of pickup Trinkets grants you the ability to summon a Battle Chicken and automatically send it off to attack the nearest target. A plus point is that it has a chance to trigger Battle Squawk, which increases 5% of the melee attack speed for the existing part members. With the Gnomish Engineering profession in PVE, you can use Dense Dynamite, which is a bomb that deals 400 damage with a 60-second cooldown.

In PVP, Engineering can be very useful because, during battles, the other classes will try to kite down the warrior through Immobilization or Slowing effects. However, with the ability of Iron Grenade, you can easily stun your enemy and catch up with the distance that was made. Aside from that, there’s also Goblin Rocket Helmet and Knocking Them Silly that can be used to charge a target or incapacitate the effects for 10 seconds, allowing you to close in on the distance.

Warriors with the Engineering profession also have the option of using Reflector Trinkets, such as Hyper-Radiant Flame Reflector, Gyrofreeze Ice Reflector, and Ultra-Flash Shadow Reflector, which allow warriors to reflect back spells like Pyroblast, Frostbolt, and Death Coil. Goblin Sapper Charge is also a good item to use and burst down the enemy target. As a warrior tank, you get provided with an important AoE threat tool called Force Reactive Disk, and with the help of it, you can damage numerous targets in one go. However, it’s suggested that you craft a few of these, as it loses durability when it hits the enemies. We hope this helped!