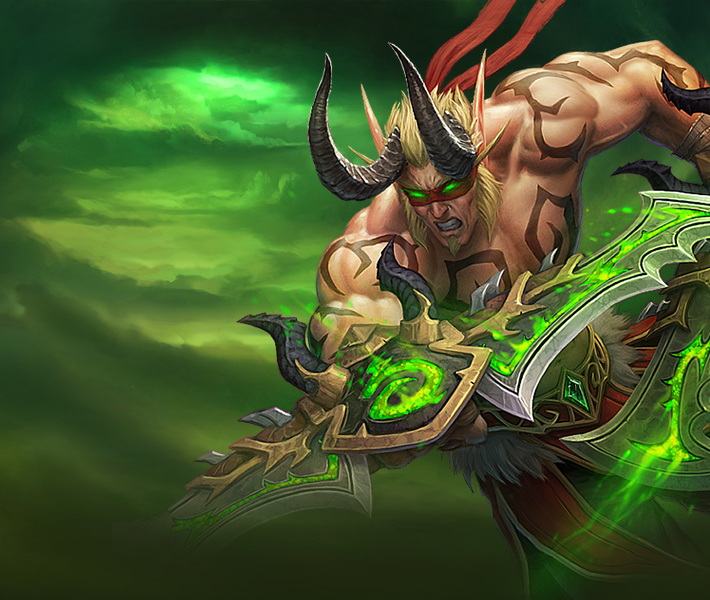 Being a beginner who is starting off as a Demon Hunter, you’ll have various specializations to choose from, and each one of them will have its own weaknesses and strengths. However, it is recommended that you go for Havoc as a Demon Hunter. The Demon Hunter class have the best self-sustainment and movement abilities throughout the game, and they can also accumulate a good amount of Leech with the talents; Demonic Appetite and Soul Rending. The incredible movement can be boosted with abilities, such as Fel Rush and Vengeful Retreat. They are known to be the best solo levelling specialization in the game, and even if you’re a beginner, you won’t have much of a problem learning about this class.

In case you want a whole different gameplay experience, you can go for the Vengeance Specialization. I know it acts as a tanking spec, but with abilities like Soul Cleave, it can deal a considerable amount of damage to the enemies. In terms of movements, it is the same as Havoc Demon Hunter.

You cannot choose a spec, until or unless you are level 10 as a Demon Hunter. Before that, you’ll wield common abilities and specs that are the same for every beginner. Once you reach the required level, you have the option of choosing either Havoc or Vengeance Demon Hunter Specialization. A plus point is that you can swap between specs during your gameplay by tapping the shortcut key N and opening the Spec & Talents tab. Another cool point is that it requires zero cost to switch! 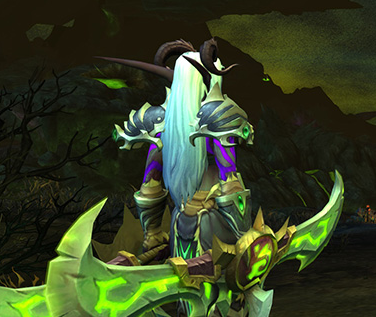 In this spec, you can use Demon’s Bite and Immolation Aura abilities to generate fury and spend the points on abilities, such as Blade Dance, Eye Beam, or Chaos Strike. Your abilities can be easily empowered by making use of Metamorphosis, and once you’re at a higher level, you can learn defensive abilities like Darkness to grant your allies and yourself with a 20% chance to avoid the damages from an attack for 8 seconds. 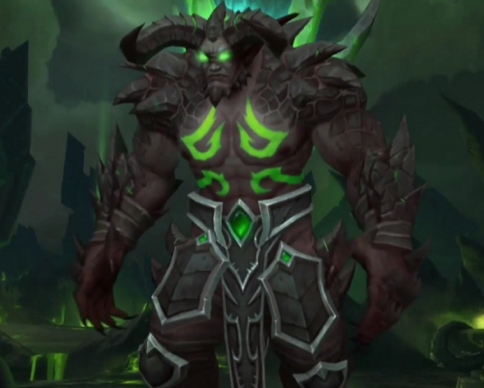 In this spec, you can use Shear and Immolation Aura abilities to generate fury and spend the point on offensive abilities, such as Soul Cleave and Fel Devastation, or you can choose to spend it on defensive abilities like Demon Spikes. Once you’re at a higher level, you’ll gain access to numerous Sigils that allow you to control mobs. For instance, Sigil of Flame deals damage, Sigil of Misery disorients the targets surrounding you, and Sigil of Silence helps to silence the mobs that are around you.

Until other classes in WoW retail, choosing a race for Demon Hunter class isn’t that hard, because you only have two options; Night Elves for the Alliance faction and Blood Elves for the Horde faction. 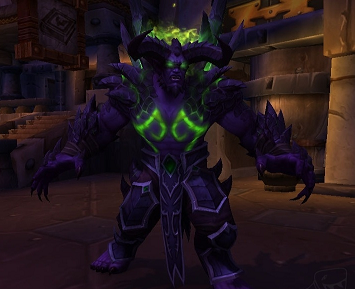 You have the ability to pull the faraway mobs towards you with the help of Throw Glaive, and you may want to start the fights with Demon’s Bite and Immolation Aura abilities so that you can generate fury and use it on your spender abilities. You have three options to spend your fury points on; Eye Beam, Blood Dance, and Chaos Strike, which has to be picked depending on your situation.

Elite Mobs: The rotation for Elite Mobs is as usual, but you may want to save Metamorphosis. The reason is that Metamorphosis empowers your abilities greatly and takes time to cool down. Having this choice available while facing off elites can be known to be highly beneficial. To keep yourself healthy at the necessary times, you can use Blur and Darkness to maintain your health. However, if things do turn up bad, then you can use Fel Rush and Vengeful Retreat to cover a good distance from the mobs.

Lots of Small Mobs: The plus point is that a good portion of this specialization deals AoE damage. Therefore, always keep your Immolation Aura ability active and use Blade Dance and Eye Beam as the mobs show up so that they can instantly be defeated. Another reliable way for AoE damage is Chaos Nova, as it stuns and damages the mobs around you, making it easier for you to defeat a handful in one go.

Dungeons: During dungeon raid, your role would consist of stunning the mobs with Chaos Nova and removing, as well as interrupting spell casts with Consume Magic and Disrupt ability, respectively. 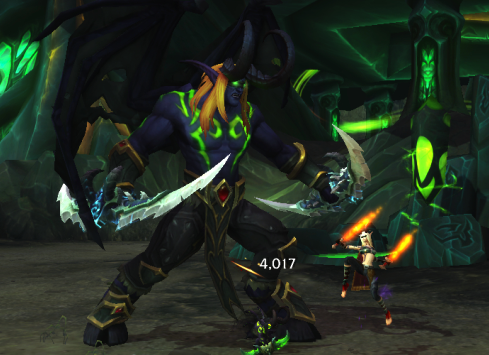 You have the ability to pull the faraway mobs towards you through Throw Glaive, and with the help of Shear and Immolation aura, you can stack up on fury points and use them on Soul Cleave to deal a great amount of damage on the enemies. The ability of Fiery Brand is also known to be very useful, as it deals damage to the nearby mobs and reduces the incoming damage from them. Similarly, Sigil of Flame is also known for its high damaging effects.

Elite Mobs: The rotation for Elite Mobs is also the same as usual, but you may want to include defensive abilities more so that you can avoid the damage from the mobs. A good recommendation would be Demon Spikes. Likewise, save Metamorphosis while fighting Elite Mobs as it increases your survival chances against them. Other than that, you always have Sigil of Misery to cause fear onto the mobs and Infernal Strike to gain sufficient distance required to evade the fight.

Lots of Small Mobs: Similar to Havoc, a portion of Vengeance Demon Hunters also lie within AoE. Therefore, you should hold on to abilities like Sigil of Flame to deal a good amount of damage, while Immolation Aura is still active. Your main movement ability would be Infernal Strike, which provides the benefit of also damaging the mobs around you while you’re swiftly moving around. Other than that, there’s Chaos Nova that can stun the mobs surrounding you, while providing you with the opportunity to clear them easily.

Dungeons: Your role in a dungeon is to keep the mobs from attacking the party members, and the best way to prevent that is by making sure that you always use threats on mobs and attract them using the ability Torment. In any case, if there’s a time that you cannot control the mobs properly, make use of the abilities; Sigil of Misery and Chaos Nova to buy you a few seconds. Another powerful tool that you possess is Sigil of Silence, which interrupts multiple spell casts. Finally, always keep an eye out for your healer, because it plays a vital role during the raid.

The best professions for Demon Hunters are Skinning and Leatherworking, as you can cut the fur and skins of the dead mobs and craft them into leather gears. Another benefit of this pair is that you can craft the base pieces required for the Level 60 Legendary Armour.

Similarly, Herbalism and Alchemy, fit really well together, as you can collect herbs and convert them into potions that are useful during battles. However, if you’re an individual who is into money-making, then go for professions, such as Mining, Enchanting, or Herbalism.