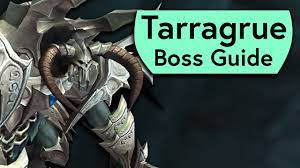 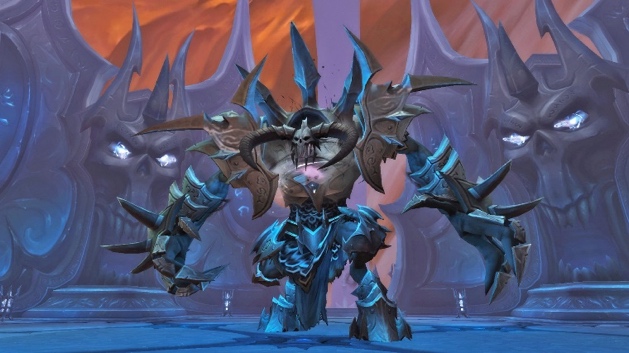 The following guide provides the necessary information required to defeat The Tarragrue at Normal and Hard Difficulty. It is the first boss of the Sanctum of Domination raid, with a total of two phases that have unique twists. Before you engage the boss, you’ll be tasked to defeat four Infused Goliaths and each one of them will drop an Anima Orb, which is used to activate three Anima Powers. These orbs are quite helpful during the encounter, and due to their insane energy, using them to defeat the boss can be highly beneficial.

When the boss reached around 10% of its health, the Anima powers will be taken away from you and The Tarragrue will fall into a rage. This phase will be uniquely different from the first one, and the boss will only use melee attacks on the players.

General: The ability Chains of Eternity should be intercepted by the player who is holding the Ever-Beating Heart Anima power or someone who possesses stun immunity. During the ability Hungering Mist, you have to move towards various safe zone at least three times, and make sure that you spread about when the ability Predator’s Howl is cast. Players who are targeted by the boss in the final 10% HP must kite him in a circle.

Tanks, Healers, and DPS: Tanks must be taunt after every stack of Crushed Armour, and Healers must dispel the Predator’s Howl ability from other players, and likewise heal the players that are going through the de-buff called Grasp of Death. Talking in terms of DPS, you must use the Time Warp spell during the pull to maximize the damage.

The best anima powers are; Ever-beating Heart, Satchel of the Hunt, and Disembodied Mystic Hands. At least one player should possess one of these three powers. Tanks can obtain Blade of the Lifetaker, Elethium Diffuser, Ephemeral Effigy, Overgrowth Seedling, and The Stone Ward. Healers benefits from the power Obleron Ephemera, and it is recommended that they focus on picking up utility power-ups for the raid. In terms of DPS, powers like Potent Acid Gland, Blade of the Lifetaker, and Erratic Howler comes in handy. They can also benefit by using any Stat Amps or Damaging powers. 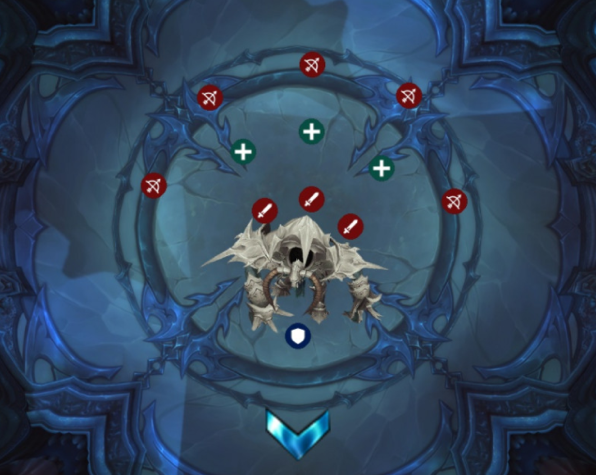 There is no real need for any strict positioning during your battle against The Tarragrue. The sole thing that you need to keep in mind is that everyone must spread loosely across the area to avoid encountering any fear from the Predator’s Howl ability. Similarly, when Chains of Eternity casts, you can get behind the tanks to stay safe.

Chains of Eternity: During this ability, the boss marks a player with Chains of Eternity, and if they’re successfully dragged to the boss, they’ll have to suffer from the Annihilating Smash attack. You can avoid this by using the Ever-Beating Heart Anima power to intercept the chains that are marked upon the player. You can also use alternative means, such as stun immunities or other immunities if the Anima’s power fails to intercept the chains. Before you encounter the boss, a recommendation would be to mark a location in the area where targeted players can run, because it will allow the intercepting player to be ready beforehand.

Predator’s Howl: During this ability, a number of players in the raid will be affected with fear, causing the Unshakeable Dread spell upon them after a 3-second interval. To avoid unnecessary fears, it’s best that you spread out loosely when the ability casts. If you do end up being caught with it, keep the healers ready to dispel the de-buff.

Hungering Mist: During this ability, the boss will dissolve into a mysterious mist and start teleporting to various locations across the area. Before the shadows erupt, the raid members should move to a marked safe zone, and before the phase continues, the ability will be cast at least 3 times. The Anime power Satchel of the Hunt is known to be quite useful here as it provides an increase in the movement speed while running to the safe zones. You can choose to stand within the erupting shadows and take on negligible damage by using the Oddly Intangible Key (Amina Power).

Fury of the Ages: During this ability, the boss buffs himself to increase its damage and haste by 25% for almost 35 seconds. You can remove this buff from the boss by using a Soothe ability, and if anyone holds the Disembodied Mystic Hands Anima power, then there won’t be any need to Soothe it, because you can steal the Enraging effects.

Grasp of Death: During this ability, players at random will be affected by a de-buff that deals a good amount of shadow damage for about 40 seconds. Healers are tasked to spot the affected players and help them throughout the time interval. You can also remove the de-buff by using the Anima power called Unstable Form.

Overpower: During this ability, the boss will deal an insane amount of physical damage upon the targeted player, while applying the Crushed Armour de-buff. A good suggestion would be to use defensive cooldowns at every cast and then swap to taunt once the de-buff has been applied. You can make use of Anima powers to make the ability less lethal and frightening. A great choice for a tank would be Ephemeral Effigy and Overgrowth Seedling.

Once the boss reaches 10% health, you won’t have access to any Anima powers and you’ll start to deal increased damage of 500%. A plus point is that the boss won’t cast any abilities and focus only on dreadful melee attacks. The best suggestion would be to simply kite the boss and use immunities along with the encounter. 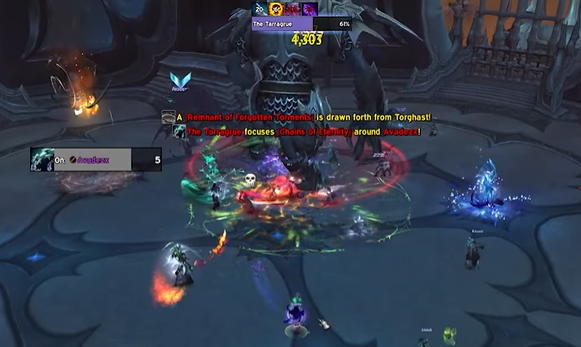 This game mode requires players to absorb the orbs that suddenly appearing while encountering the boss. There’s no telling when, but the boss will call down one of the three Forgotten Torments that must be soaked in by the players. Each of them consists of a number of stacks that must be soaked by standing on top of them before they disappear. While the Remnant is active, it will buff The Tarragrue based upon the type of Forgotten Torment. The de-buffs that are absorbed from the Torments last for about 1.5 minutes and it can definitely stack up. The best suggestion would be to strategically alternate the players who are soaking the de-buffs and prioritize the ones that have the Anima power called Unstable Form.