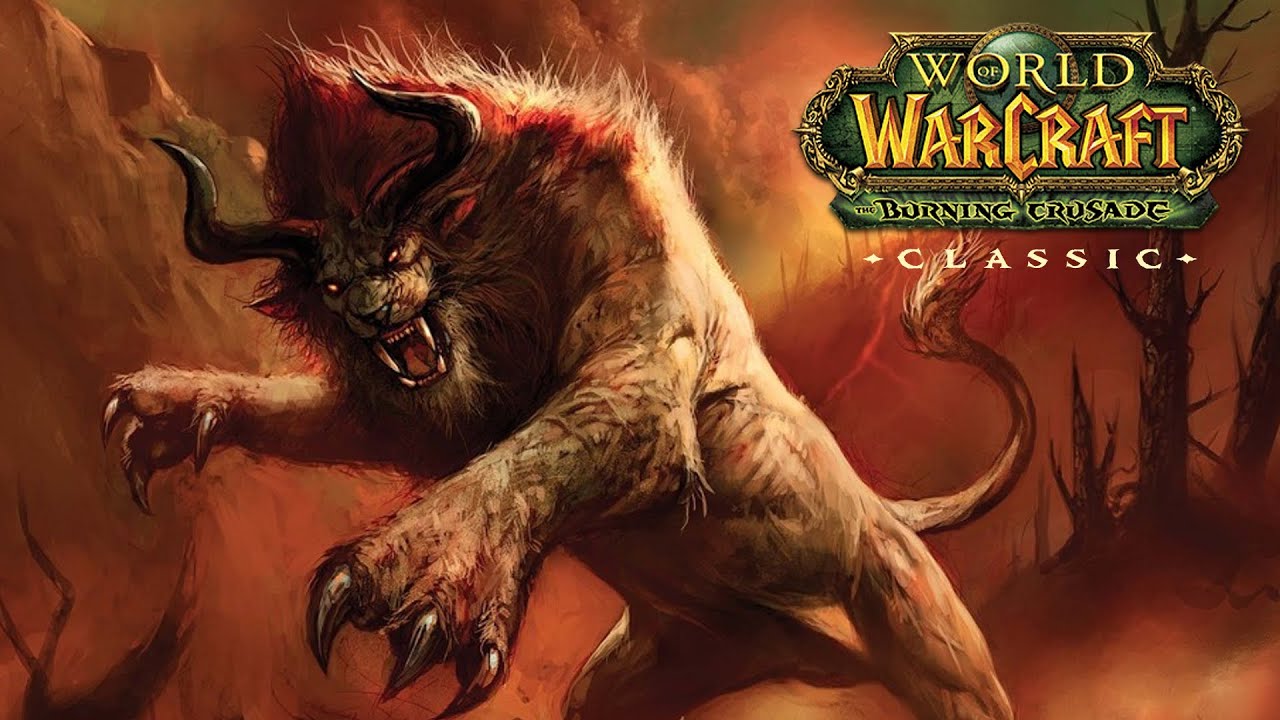 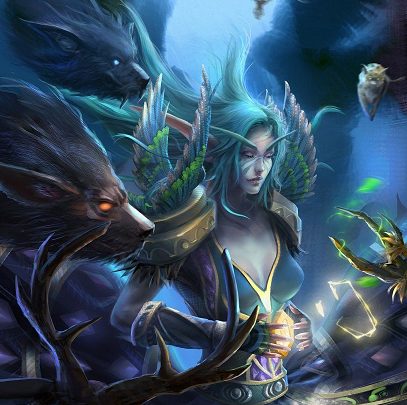 Feral Druids are one of the interesting classes for tanks. However, they don’t rise to the level where you can compare them with Warriors, and the reason is that their tanking abilities somewhat lack during battles. If we talk about Feral Druids of the Horde faction, then they’re not up to the mark due to their threat not being so good. Unlike, Melee players, they cannot gain any benefits from the Windfury Totem. But if we look into Feral Druids of the Alliance faction, then you can say that they’re much more functioning as they have access to Blessing of Kings, which allows them to reach their full potential in-game.

Pros: The better armour, agility and stamina that you possess with the help of gears, the better Feral Druids will be able to tank. Bear Tanks are quite durable when it comes to facing the bosses head-on because they deal high physical damage. In PVE, Feral Druids have access to a de-buff called Faerie Fire and an insane buff called Gift of the Wild, which benefits the whole raid. In PVP, they work excellent as a support class and they’re quite reliable while carrying flags in Warsong Gulch.

Cons: Druid sets basically centre around healing, and the gear used for tanking is mostly off-piece. They may not have access to plenty of Defence gear, which increases the chances of dealing high damage from bosses. But, since Ahn’Qiraj, a lot of defensive and threat generating items are now available for Feral Druids, and they’re now quite functioning during phases 5 and 6. There aren’t many spots available for Druids and at most, only 1 or 2 are brought to a raid; who are often of the Restoration Spec. However, they can be useful off-tanks during other popular situations, such as Onyxia and other AoE packs.

Unlike other classes that have tons of options to choose from; there are only two races that can become druids: Night Elf for the Alliance faction and Tauren for the Horde faction. Even though the options are limited, it also helps you save time researching which one of the bunch is the best race to go along with.

Alliance Druids have the advantage of riding with a Paladin, who can buff the druids with powerful spells like Blessing of Might and Blessing of Kings. Bear Tanks can receive a lot of passive stats from Paladins and are quite reliable because they can get be buffed with the spell Greater Blessing of Salvation.

Even though the options are limited in both the factions; the Night Elf race for Druids is not a bad choice, because you have the ability to disappear by using Shadowmeld, and at the same time, it increases your stealth level while prowling. The other ability known as Quickness may sound like a mere useless one, but if you have enchantments that are 1% dodge, then you can look at the ability as free mitigation or enchant. Aside from that, they have the best base Agility throughout the game, when compared to any other race or class.

The Horde faction for Feral Druids is kind of a rough spot for players, because they don’t benefit from Windfury Totem like the Alliance faction, but they have other benefits. Speaking of Taurens, the only race available for Horde Druids; they’re quite good due to the ability that they possess, known as War Stomp, which acts as an additional source of crowd control. In PVE, you have the ability to use Endurance, which is quite beneficial as it provides 5% increased health.

Choosing to go with Feral Druids, you have three specialization talent trees to pick from; Balance, Feral Combat, and Restoration. Mostly these tanks spend most of their points towards the Feral Combat tree, along with some supporting talents from the Restoration and Balance tree. 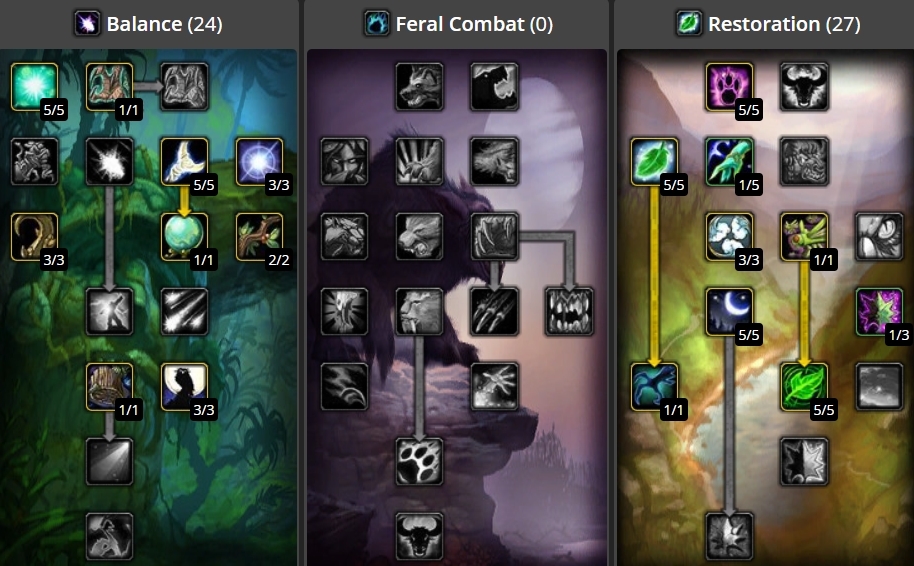 Balance: They have the ability to change their form into a Wild Moonkin and blast away the enemies from a distance. The Moonglow build uses Balance and Restoration to hybridize and provide mana efficiency to the character. It can also deal a good amount of damage through Ranged, but they’re still not seen as a competitive class because they have limited de-buff slots, and are mana intensive. 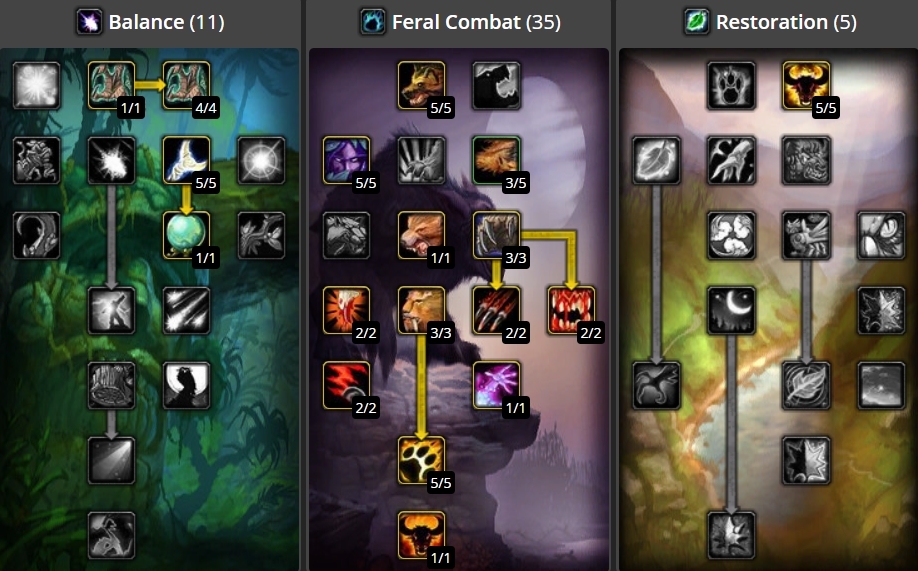 Feral: They have the ability to change their form into a durable bear or a savage cat and claw or bite its enemies from up close. The Feral Combat build focuses on the Cat Form to deal most of the damage, and at the same time, lowering the defensive armour of the target while increasing critical strikes. 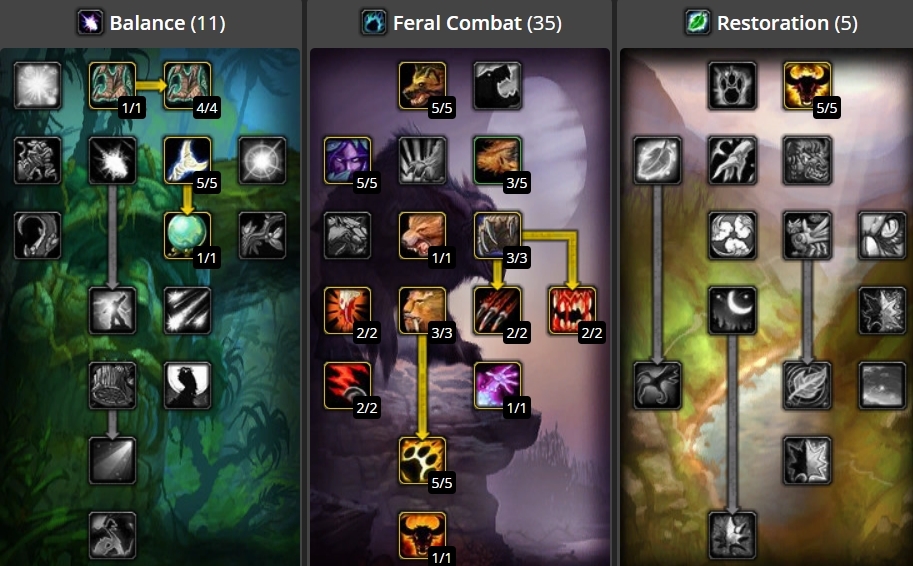 Bear: They specialize in tanking, and the Feral Tank build trades off the damage potential for an increase in mitigation. It provides the same utility as the Feral Combat build by lowering the target’s defence and allowing chances for critical strikes. There’s also a slightly customized build available known as Hybridized Damage Oriented build, which is used by off-tanks that spend most of their time in the cat form. 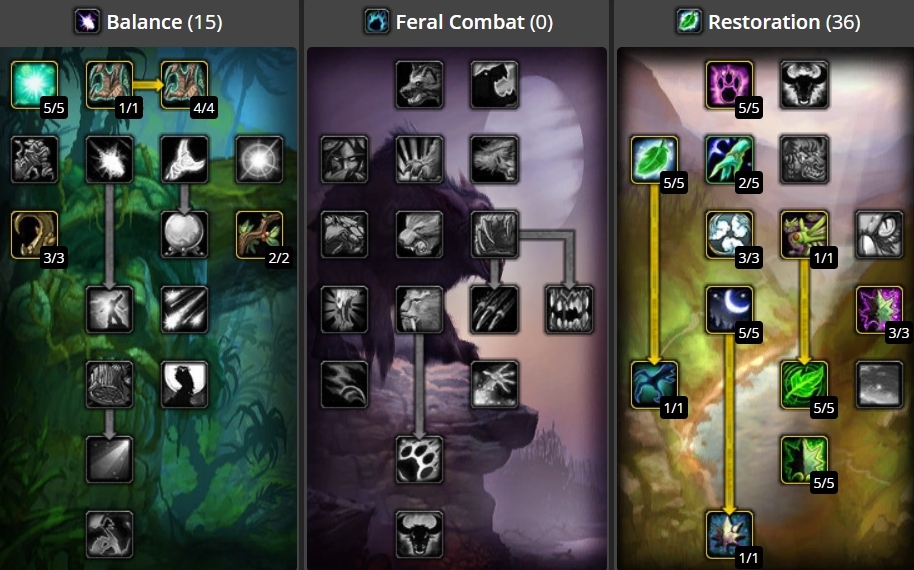 Restoration: They have the ability to call upon the intense power of nature and swiftly restore the health of the injured team members. The Swiftmend build is for players dedicated to tank healers that specializes in consuming the overtime healing effects for a large burst. There’s also the Moonglow build, which are more towards mana efficiency, allowing them to be a perfect fit for early raiding.

Well, without a doubt, the best profession would be Engineering as it pushes you the extra mile in both; PVE and PVP. If you’re choosing the profession of Engineering, go for Gnomish Engineering because you can then craft the item called Gnomish Battle Chicken. It binds on pickup and summons a pet titled Battle Chicken, which instantly attacks the nearby target. Its ability to use Battle Squawk increases the Melee Attack bonus of all the team members by 5%. As an Engineer, in PVE, you can make use of Dense Dynamite to blow up a good amount of damage.

In terms of PVP, Engineering provides you access to various utilities, such as Iron Grenade to stun enemies, Goblin Rocket Helmet to CC the enemies that are similar to a Rogue’s Sap, Spell Reflect Trinkets and Goblin Sapper Charge that allows you and your party members to AoE down a large group of enemy targets.