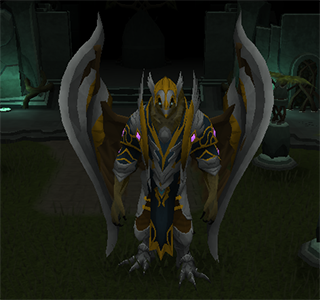 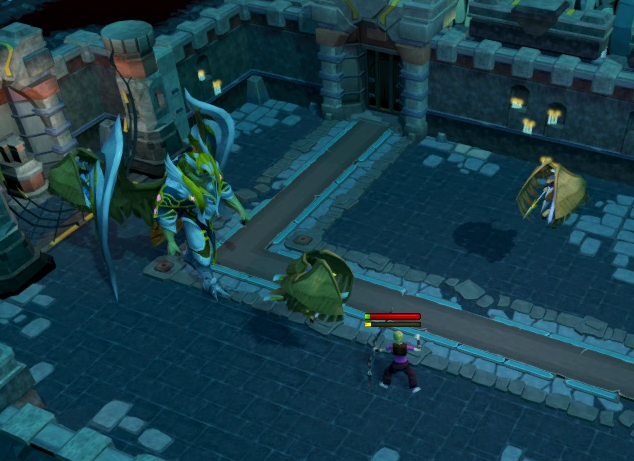 Kree’arra is one of the most powerful bosses and the general of the Armadyl faction in the God Wars Dungeon. Players who aren’t protected with the right prayer can easily die off the attacks from him. He has an average range and mage defence, so players can kill using a long-distance attack style. But it’s not that easy, because Kree’arra has his bodyguards around him, who are as deadly as him. However, the plus point is that they also drop rare items, such as Armadyl Helmet, Chestplate, Chainskirt, Buckler, Boots, and Gloves. But the hilt is obviously only dropped by the boss himself, which is used to create a formidable weapon known as Armadyl Godsword.

Unlike the other generals in GWD, Kree’arra has an instanced option available to players that costs around 200,000 gold coins per hour. Before facing the general, it is recommended that you complete the quest Ritual of Mahjarrat so that you can visit the Glacor Cave and receive a 5% boost from the Stone of Jas effects. In case you’re wondering how to reach the caves, you can use the Fairy Ring (Code: D*K*Q). 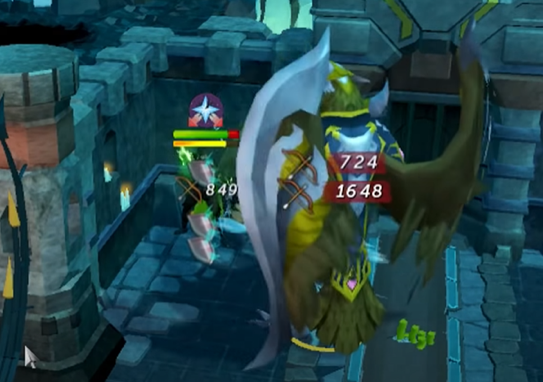 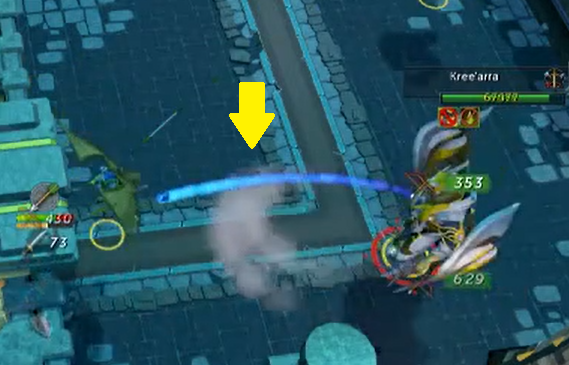 Kree’arras’ Ranged attacks can be identified when a gale of wind advances towards you. It has the potential to hit up to 1.500 and move the player one tile away. That’s why it’s recommended that you use Protect or Deflect Missiles prayer when you’re not using Soul Split.

When entering the room, you will have two options; either choose the normal room or the instanced one. Whatever you choose, the strategy will be the same. However, using an instanced room will cost you 200,000 gold coins every hour, but the plus point is that if you get attacked, you can easily recover your dropped items.

Most of the items dropped by the NPCs residing in this room are of good value, so you can bring along a Steel or Iron Titan with you and spam scrolls rather than bringing along a Beast of Burden to carry the items. Also, Dreadnips are quite effective against Kree’arra and save a lot of time, since its HP is about 75,000.

Except for Kree’arras’ melee attacks, his other attacks can knock the player around the room. However, you can interrupt the channelled abilities, but only when you’re using Rapid Fire and are being knocked around the room. You can also counter it by hugging the corners of the wall, which won’t leave any space for you to get knocked around. 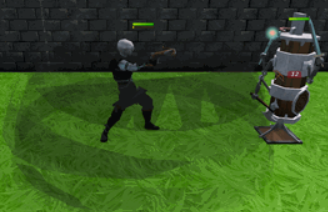 If you haven’t unlocked the ability Death’s Swiftness, you can use alternatives, such as Incendiary Shot or Deadshot while using a 2-handed weapon, and Unload or Deadshot while using dual-wielding weapons. Moving back to the strategy, once Kree’arra is dead, you can focus on the minions in the following orders; Wingman Skree, Flockleader Geerin, and Flight Kilisa. However, be aware of Skree because it has the highest damage output when you’re protecting yourself from the attacks of the general. It can easily hit up to 600+, but you can cut the damage for a short period of time by using Debilitate.

A Ring of Vigour can come in handy for additional adrenaline because the kill will normally begin with a strong ability like Death’s Swiftness or Sunshine. Once every minion is dead, take time to restore your prayer points and heal, and then continue the same strategy. 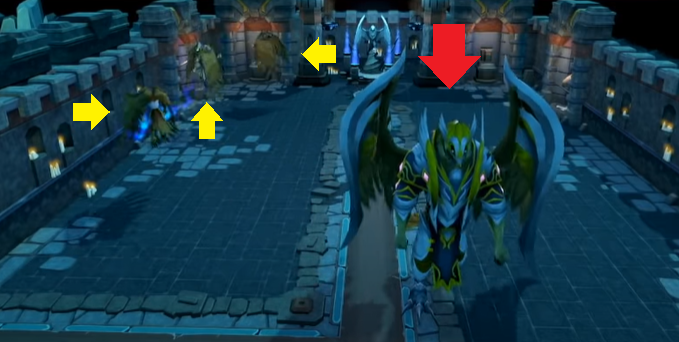 Instanced room is basically where you fight the general on a fast spawn rate phase. It is recommended that you have at least level 80+ and 90+ in armour and weaponry, respectively. Because the spawn will spawn right before you, along with its three bodyguards. The fight will go on the same as it goes in the normal room. However, you don’t have to kill the three bodyguards if you’re not interested in their drops, and you can just keep your focus upon the general itself.

You don’t really need Adrenaline stalling here, but if it does come to that stage, use only one ability because the respawning time will be swift. The kill rates that you’ll receive will be quite fast, so bringing along a Split Dragon Tooth Necklace / Demon Horn Necklace and a Bonecrusher would be a wise choice as it helps restore your prayer points. Other than that, bring large amounts of prayer flasks while using this strategy, because you need to maintain your prayer from being depleted quickly by the general and his guards.

There are other equipment, but the ones mentioned below are the best-in-slot to face against Kree’arra.