Being an OSRS player your primary focus may fall upon combat training, but due to the lack of knowledge as a new player, levelling your skills can take up a lot of efforts. So today what we have for you is a guide that focuses on the most effective methods used to train Attack, Strength and Defence.

It is highly recommended that you start off with quests that grant experience in combat skills because they’re an easy way to skip the starting levels and has no real requirements to complete.

Completing the ‘Waterfall Quest’ alone as a member can get you from level 1 – 30 in Attack and Strength. So, you can just get that done and move onto the combat training methods if you’re not looking to complete more quests. 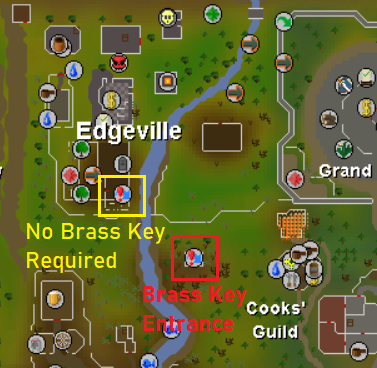 Once you’re at a sufficient combat level, you can head towards the Edgeville Dungeon to kill Hill Giants. Thanks to the new addition that was added to the area, you can now obtain keys from Hill Giants that will provide you with access to fight against their boss named Obor. It is entirely up to you if you’re looking for higher-level NPCs to kill.

As you gain higher levels, you can switch to Moss Giants that are located in the Varrock Sewers. Likewise, from Moss Giants, you can also obtain a key that provides you access to the area where the Moss Giant boss resides. You need not worry because he’s way easier than Obor and the items that they drop are known to be quite beneficial as well.

This is a good non-member area for AFK (Away from keyboard) training, as It consists of various creatures like Flesh Crawlers and Spiders that are perfect for low-level players to kill. The spiders are not only good for combat experience but also their drops, as you can earn a bit of money off of them while training here. 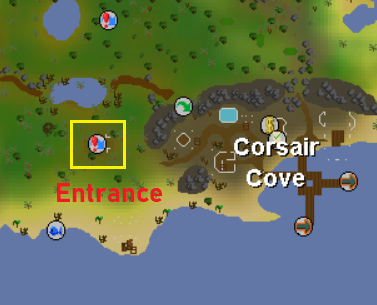 Finally, once you’re around level 80 combat or higher, you can start killing Ogress Warriors that are located at the Corsair Cove. They’re quite popular in terms of training and making money because they drop tons of rune items and other things that are of high value in the market.

If you have a low-level members account, you can start by killing Rock Crabs, located north of Rellekka, or Sand Crabs that are located south of the Hosidius house. These areas are known to be the best training spots for starters because the NPCs that reside here have low combat levels and high HP. 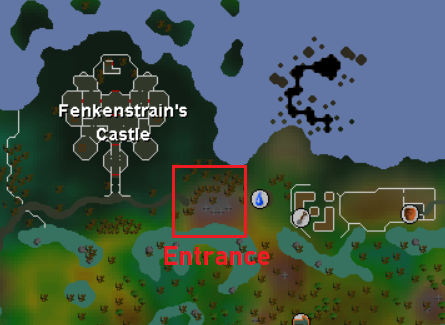 Moving on, when you’re at a higher level, you can switch to Experiments that are located in the Experiment Cave. Due to their low attack bonuses and high HP, they’re perfect for training at level 25 combat or above. However, the items that they drop are of no value, so don’t bother picking them up and focus on levelling up.

As you gain levels, you’ll probably look out for profitable ways that’ll help you train, as well as earn money. So, for that, the most efficient method would be to train your skills through Slayer. it is recommended that you start at level 70 combat or above so you can have access to the Fairy Ring, along with good equipment’s, but you can also approach the slayer masters at a lower level, which is entirely up to you. The primary reason to choose Slayer and train is that it provides valuable drops and boosts up your damage while wearing a Slayer Helmet on a task.

The Nightmare Zone is a combat-based minigame, where players enter an instance known as Dream and fight against bosses that they’ve already defeated during quests. It is located northwest of Yanille and is the fastest method in-game to train your combat skills. You are recommended to start at level 60 or above, or else the experience rate per hour would likely be a waste of your time and efforts. The best thing about this minigame is that you can earn points to buy various items from the shop like potions that’ll help you survive inside for a longer duration, or herb boxes for profit. During the ongoing instance, make sure that you look out for power-ups that spawn every now and then because they help a ton when you’re in a situation that cannot be easily handled. 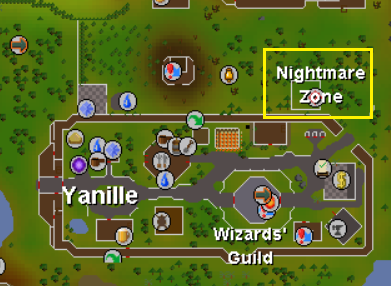 To bring out the most of it, you can use Dharok full armour, along with a Dwarven Rock Cave to lower your HP and increase your damage while fighting. It is a very common way that OSRS players use to gain fast experience in Nightmare Zone. 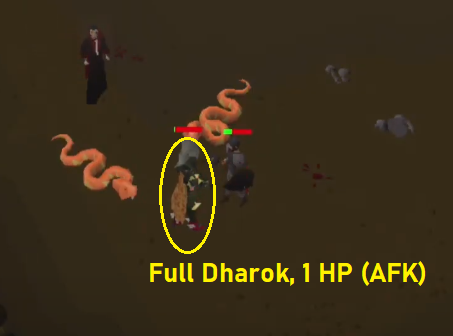 The alternative way, if you’re not interested in following the Nightmare Zone method, would be to train at Ape Atoll where the Monkey Guards are located. The best way to reach there is by using the teleport available in your Regular Spell Book, which teleports you directly to the spot and saves a ton of time walking there. Dharok equipment is recommended for this training method, and the altar located there can be quite useful, as it boosts your prayer and allows you to endlessly train there.

The following pieces of equipment are best-in-slot for training and are ordered as least effective to most effective (Left-Right). The items may vary depending on whether you’re on a Slayer task or not.