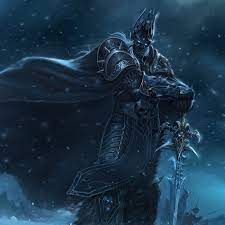 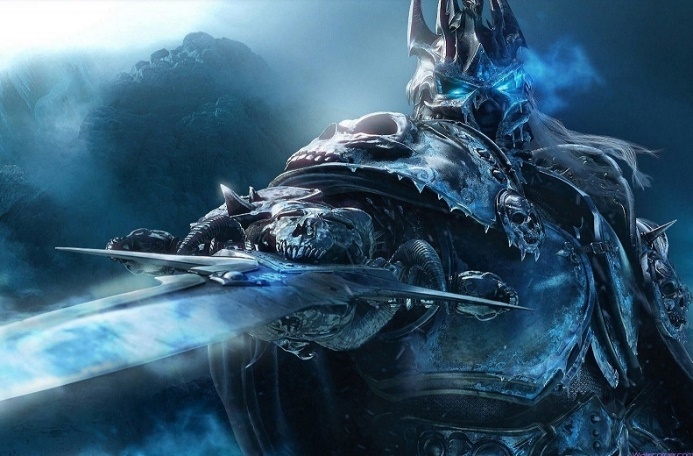 Even though every specialization has its own strengths and weaknesses, the most suggested one for Death Knight Levelling would be Blood. The reason is that it has the capability to cover high area damage and self-heal, and as compared to the other two specs, it isn’t far behind in terms of inflicting damage. However, if you want to go for DPS, the recommended option would be Unholy, because its diseases and summons are quite extraordinary. You can easily pull a group of mobs towards you and survive the battle. Unholy is also considerably icon because there’s no other in-game spec that such a balance with disease, undeath and pestilence. Speaking of the Frost specialization, it’s an intriguing experience, but it's best to leave this spec to professional players as it can be fussy at times.

You can’t choose a spec until you reach level 10 as a Dark Knight. Until then, you’ll have the general abilities that every beginner starts with. Once you reach the required level, you’ll have three specializations to choose from; Blood, Frost, and Unholy. So, let’s have a look at what each of the specs has to offer. 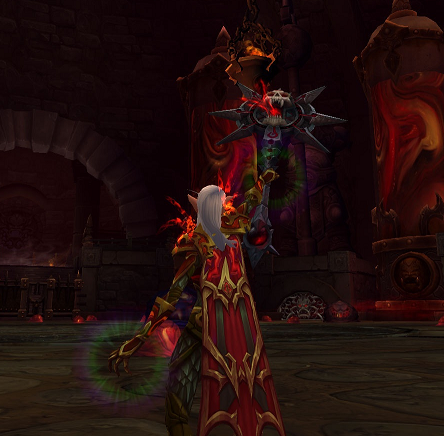 Blood specializations can use Dark Command or Death Grip to easily engage their enemies. The ability of Blood Boil allows you to hit the enemies surrounding you while applying Blood Plague. Death Strike is also an interesting ability that can work both ways; heal or act as a Runic Power dump. You can use Marrowrend to generate enough stacks of Bone Shield, which will allow you to reduce the damage taken and increase your Haste. However, that is as long as you have one buff charge on you. Finally, there’s Heart Strike that is used to dump the Runes, and when it is used within Death and Decay, the ability will cleave five times. 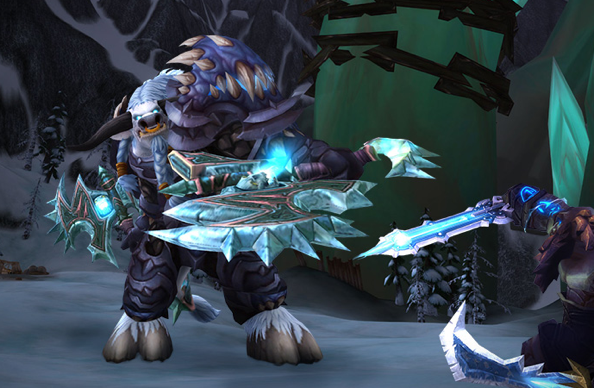 Frost Specializations can use Howling Blast to spread their DoT, deal a good amount of AoE damage, and consume procs of Rime to generate Runic Power. The Obliterate ability comes a lot in handy while focusing on a single target, and it allows you to spend procs of Killing Machine and generate Runic Power. Frost Strike is a good recommendation to spend your Runic Power on, and always make sure to use Remorseless Winter on cooldown. Finally, your damage entirely depends upon your focus on Rime and Killing Machine procs, which are both the most powerful in this specialization. 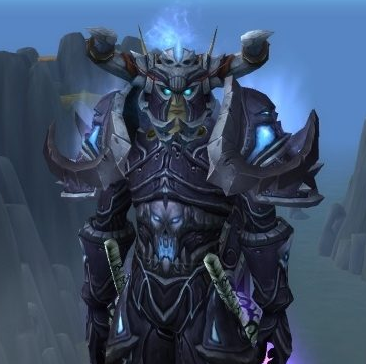 Unholy Specializations can use Raise Dead to summon a ghoul companion and fight alongside. You can apply Virulent Plague ability with the help of Outbreak. Festering Wounds can be applied with the help of Festering Strike, and then Scourge Strike can take over to blow up the wounded ones. You can also choose to turn into a powerful ghoul through the Transformation ability. Finally, when you don’t have Runes, you can use Death Coil and Epidemic in the form of a Runic Power dump. The damage inflicted from Unholy spec depends upon keeping Virulent Plague on target, keeping the Ghoul form stable, and blowing up a handful of wounded enemies.

Since races define the appearance of your character, it can be a tedious job to pick one, and at the same time, it is quite expensive to switch. As a Death Knight, you have two optional races; Default Races, which are available to players right after they create their account, and Allied Races, which have requirements that need to be completed before unlocking the race. Every race is special with its own abilities and spells, so create your Death Knight according to what suits you best. 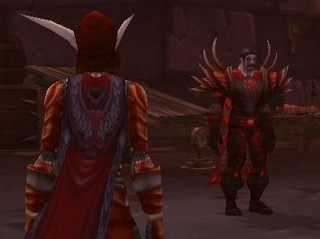 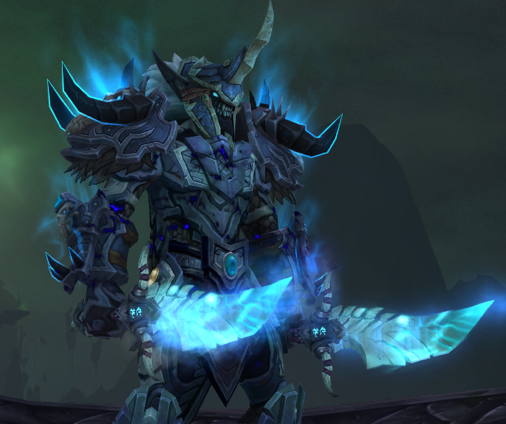 Blood: Heartbreaker, Blooddrinker, and Tombstone at level 15. Rapid Decomposition, Hemostasis, and Consumption at level 25. Foul Bulwark, Relish in Blood, and Blood Tap at level 30. Will of the Necropolis, Anti-Magic Barrier, and Mark of Blood at level 35. The grip of the Death, Tightening Grasp, and Wraith Walk at level 40. Voracious, Death Pact, and Bloodworms at level 45. Purgatory, Red Thirst, and Bonestorm at level 50.

Unholy: Infected Claws, All Will Serve, and Clawing Shadows at level 15. Bursting Sores, Ebon Fever, and Unholy Blight at level 25. The grip of the Death, Death’s Reach, and Asphyxiate at level 30. Pestilent Pustules, Harbinger of Doom, and Soul Reaper at level 35. Spell Eater, Wraith Walk, and Death Pact at level 40. Pestilence, Epidemic, and Defile at level 45. Army of the Damned, Unholy Pact, and Unholy Assault at level 50. 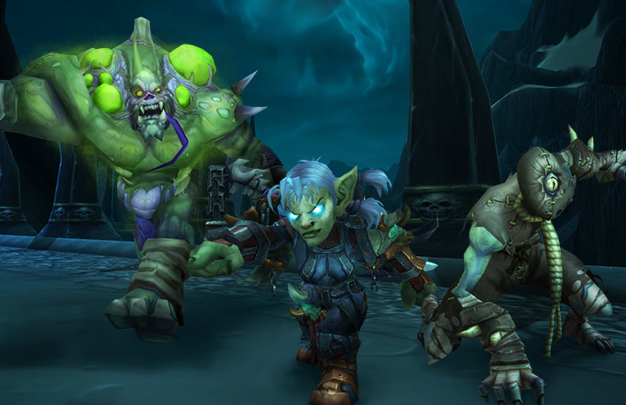 You have numerous options as a Blood Death Knight to close into the target before others, and they include Death Grip and Death’s Caress. You can deal damage to a decent area by applying Blood Plague with the help of Blood Boil ability. In the case of Marrowrend, it helps to build charges for Bone Shield, and to use Ossuary, you must be above five charges. To deal damage to your main target, as well as the ones nearby, you can use Death Strike. A plus point is that it provides benefits in healing the damage that you take head-on.

Elite Mobs: During your fight with Elite Mobs, make sure that you build up 5 stacks of Bone Shield. For major damage dealing and effective healing, you can use the ability Death Strike. While you’re on cooldown, use Blooddrinker to drain the health of the enemies. Other than that, Elite Mobs are quite easy for Blood Death Knights, so just keep your protective shield up at all times.

Lots of Small Mobs: While fighting small mobs, you can use build up Blood Plague with the help of Blood Boil, and it’ll cause a good amount of damage on every mob. During cooldowns, you can build Bone Shields with the help of Marrowrend and at the end, drop Death and Decay. While Death and Decay are active, it’ll build up Runic Power for Death Strike and at the same time, attack 5 enemies.

Dungeons: You can apply the same as the above for Dungeon, just make sure that in terms of a tank, you must keep your threat on every mob using Blood Boil, Dark Command or Death Grip to draw them towards yourself. Interrupting the spell casts can be done with the help of Mind Freeze, which also groups the targets close to you, thanks to its 15-yard range. Asphyxiate will allow you to crowd control for a few seconds and buy you time for your next decision. 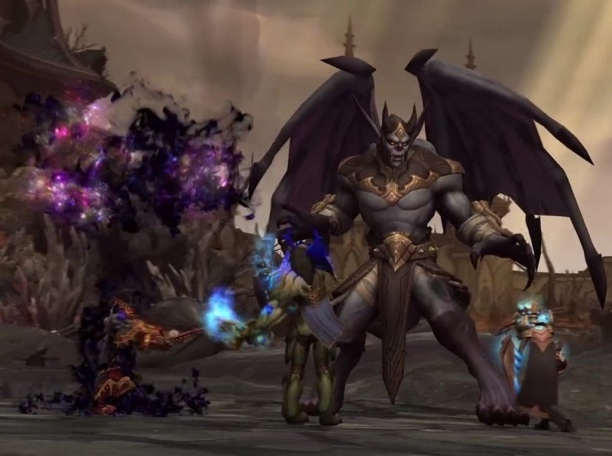 Whenever you possess a new two-handed weapon, you may want to runeforge it with the help of Rune of Razorice, as it will help you to increase its Frost Attack Power.  In case you’re dual-wielding two one-handed weapons, then use Rune of Razorice on the main hand and Rune of the Fallen Crusader on the offhand for the best results. You can make use of Obliterate to build your Runic Power, and then use Frost Strike to dump it. You must pay attention to the two procs; Killing Machine and Rime to maximize their effectiveness, because Death Knights are quite proc-reliant.

Elite Mobs: While fighting against Elite Mobs, you can rely upon brute force to defeat them. A plus point is that Frost Death Knights have strong DPS Cooldowns, such as Pillar of Frost and Empower Rune Weapon. You can use them while engaging the mobs, and once you’re low on

Lots of Small Mobs: During your fight with small mobs, you can use Remorseless Winter during cooldowns and then Howling Blast with the procs of Rime. Remember to spend your runes on Frostscythe or Obliterate (if you want to target a single mob), as they carry a good advantage against the mobs. Finally, continue to dump your Runic Power with Frost Strick or Glacial Advance, or you can use Death Strike to heal.

Dungeons: The above sequence can be used for dungeons as well while interrupting the spell casts with Mind Freeze. You can also use Chains of Ice to slow down the mobs, in case they’re crowding over the healer or other party members. Death Grip can also be used to the advantage of drawing away from the mobs from other players. However, they’ll end up focusing on you. 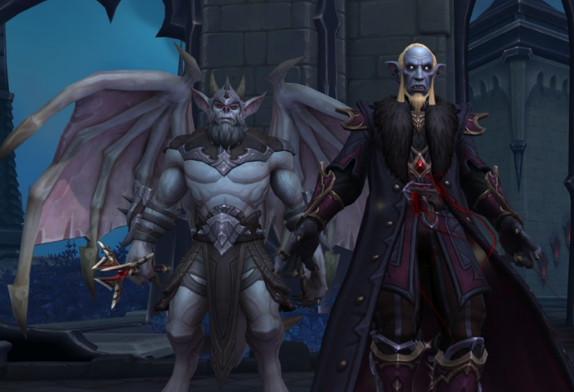 With Unholy Death Knights, you can use Raise Dead to summon a ghoul and have it fight for you. The best recommendation would be to keep one up at all times. You can apply Virulent Plague to your preferred target with the help of Outbreak, and similarly, use Festering Strike to Generate enough Festering wounds on the enemy, and finally, Scourge Strike it to deal an insane amount of damage. If you don’t have Festering Wounds active, enough Runes to use Festering / Scourge Strike, or enough for Runic Power dump, you can alternatively use Death Coil. You may want to runeforge your weapons with Rune of the Fallen Crusader, as it has an optimal chance to increase your strength and provide healing capabilities.

Elite Mobs: The above instructions should be good to survive Elite Mobs, and make use of your Runic Power on Death Strike so that you can keep yourself healed. At higher levels, you’ll have access to cooldowns, such as Dark Transformation and Apocalypse, which helps in killing the mobs faster.

Lots of Small Mobs: While fighting small mobs, make sure that you have Virulent Plague with Outbreak activated on the present targets. You must keep using Festering / Scourge Strike rotation, and use Death and Decay during the cooldown. The reason is that while you’re standing on Death and Decay, the strikes will hit the nearby targets. Thus, resulting in faster and easier kills.

Dungeons: You can apply the same during dungeons, but make sure that you interrupt the spell casts using Mind Freeze. You can also use Chains of Ice to slow down the mobs if they’re crowding over the healer, or if another party member is in trouble. Similarly, Death Grip helps in drawing the mobs away from the party members and towards you. So, it can be used during tough situations.

If your goal is to level up quickly, then the best pair of the profession to choose would be Herbalism and Mining. They both provide a decent amount of experience when you mine a node or pick up a herb. Another benefit is that you can sell the resulting items in the Auction House.

Another pair and a classic one for Death Knight is Blacksmithing and Mining because you can wear the things that you smith. Many of the items that you smith in the Shadowlands have a better utility function, such as Porous Sharpening Stone and Porous Weightstone. You will also have the ability to smith base items that are necessary to create Legendary versions.

Finally, there’s Alchemy that is a very good profession for Death Knight, as you can make your own potions and use them during battles. Good luck!